Stop Faking It Until You Make It

You have been sold a big ole bucket of lies:

Just fake it until you make it and you will make it.

If there was an olympic sport for faking it until you make it, I would have a gold medal. I would be as famous as Bruce Jenner and his psychotically narcissistic family. As a child, I was taught to always place a smile on my face; to never let anyone see you sad. My mother swore that if you acted happy on the outside the happiness would happen on the inside. Most people who meet me are drawn to me because I have a smile on my face. Even when I feel like I am miserable, I can fake it like an superstar.

Unfortunately, most of the time I was dying inside because the inside of me was yelling: You are a such a loser, a faker a phony. No matter how I appeared on the outside; the inside was being eaten alive.  I was just a scary, smiley Stepford Wife. Until, I couldn’t take it anymore and then I just hibernated only leaving home when absolutely necessary. As I began to recover from my food addiction, I kept hearing the same thing:

FAKE IT UNTIL YOU MAKE IT.

I truly believed that something was wrong with me, because faking it never worked.

Then I realized the missing piece:

FAKING UNTIL YOU MAKE IT ONLY WORKS WHEN YOU ARE DOING THE INNER WORK TO MAKE THE OUTER FACADE REAL.

Transformation is an inside out job.  Most people avoid this inner work because it feels weak, weird and is freaking scary!

Facing the monsters within is terrifying.

That is why diets don’t work.  Faking a new way of eating may work in the short term but it never lasts UNTIL you face the scary monsters.

Yet, the diet industry makes billions of dollars because it is banking on you to fake it until you make it.

Going within will save you a bunch of money and you can experience instant transformation and massive weight release.

Going within means that you are no longer tied to the scale, a size of clothing or waist circumference.

Yet, going within is scary, it is not easy and it will take courage.

AND IT IS SO WORTH IT! 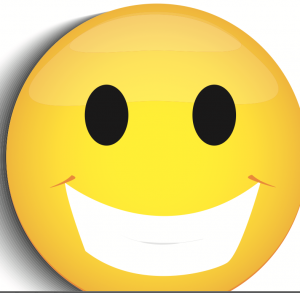 Now, I am not saying to not fake it until you make it.  I am NOT saying that you should walk around with a frown on your face and vomit negative energy.

How about keeping that smile on your face WHILE you strengthen your inner world.

In order to work out your insides; you will need a few ingredients:

EVERYTHING IN YOUR POWER DOES NOT MEAN YOU ARE ALL POWERFUL AND THAT TAKES US BACK TO SURRENDER.

In closing: FAKING IT UNTIL YOU MAKE IT DOESN’T WORK UNLESS YOU ARE DOING THE INNER WORK.

Of course, I am only writing about my experience but I would love to know yours.  Have you faked it until you made and made it?

Maureen’s journey to Cooking Healthy Academy began long before she conceived of owning a business. As she raised her children and battled her own addiction to food, Maureen learned how to silence that voice of self-criticism, fully accept her body, and give herself every opportunity to heal. From these foundational experiences, she developed a philosophy she couldn’t wait to share with others. At Cooking Healthy Academy, we believe you know how to eat; you just forgot you knew. We help you look within to discover which eating plan works best for you. Then we help you customize a lifestyle that truly honors you. Through the act of cooking within a community, you will finally be able to jump off the diet bandwagon and create an eating lifestyle that allows you to release weight while feeling satisfied and fulfilled.

Let's get in touch

Send me an email and I'll get back to you, as soon as possible.